More movies! Past week was an absolute bitch at work with our customer base being even more clueless and challenging than normal. When you have conversations explaining to people that the “Forrest Green” they say they purchased last month was actually called “Meadow Green” and that is why I was quoting them the wrong product, it does your fucking brain in.

So no fake deep thoughts to intro this one. Here’s the shitty movies I watched last week.

077 03/26 Witchtrap (1989) 3/5   At first glance all this film seems to have going for it scream queen supreme Linnea Quigley, as depicted on the poster. It’s actually a not bad haunted house type deal about a group of investigators trying to ghost-bust a house so it can become a bed and breakfast. Quigley has a minor role as a para-investigator that looks after all the tech, which has to be one of the only “smart” roles in her career. She still has to show her tits in a shower scene though, such is the life of a scream queen. Anyway, it’s pretty good but has a major problem. They mucked up the sound when filming so all the dialogue and sound effects are looped in post, and not very well. I’ve seen Italian dubbed films with tighter synch than this, and it makes for distracted viewing since everything sounds separate from the action. Which is a shame since aside from that it’s quite accomplished.

078 03/28 The Book of Joe (1984) 3/5  Student short film by the director of Witchtrap, Kevin Tenney is a little gem of a film about a defence lawyer who has to represent a man claiming to be the returning Jesus Christ. It manages to not be corny or preachy despite having a pro-faith lean. Included on the Blu-ray due to having many of the same actors as Witchtrap, it’s a neat addition.

079 03/30 Big City Blues (1932) 2.5/5   Pre-Code film from Warners finds a hick arriving in New York to set the town on fire and ends up getting burned. Probably most notable today for Humphrey Bogart having a small unbilled part. That’s kind of the problem with this one, lead Eric Linden as the hick is so completely overshadowed by co-star Joan Blondell (who gets top billing, just look at the poster) and everyone else that it’s hard to root for him since he’s such a unlikable, naive milksop. It ends up being serviceable at best.

080 03/31 Black Mass (2015) 2.5/5   Johnny Depp stars in the true story of Whitey Bulger, psychopath crime boss of South Boston. Depp does a pretty good job in this one, compared to the cartoon-like roles he’s been playing recently. That said, it’s not a very good movie in that despite being a true story it hits all the crime beats these pictures usually do without offering anything new and holy shit do actors love to mangle those Boston accents. I left this one thinking a documentary would have been better. 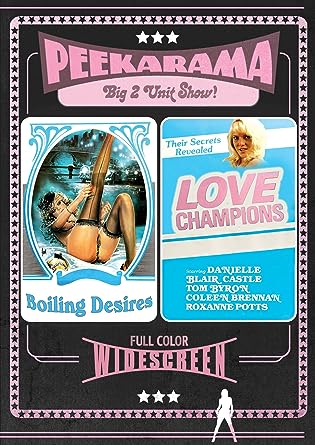 082 04/01 The Hunger Games: Mocking Jay Part 1 (2014) 3.5/5   Finally getting around to these. Problem I had is I barely remember the first two films, so most of this one was me going “Oh, right!” as plots came forward in my hazy brain. This one mostly revolves around Katniss mooning about for Pita while becoming a reluctant leader of the revolution. It’s good, though kind of sad since I think this is the last film Philip Seymour Hoffman did before passing he’s just so goddamned good. I think that’s why these pictures work. The love triangle stuff is lost on me since I find both the guys (Pita and whoever the other one is, so forgettable I can’t recall his name) so useless, the rest of the cast is so strong that it allows you to kind of forget about it and makes the rest of the film work.

And with that, I will leave you for another week.