My apologies for a insanely long post. The past three days saw me in the theatre for DEDfest and only home for sleep. So no time to update since I’m old and too fat fingered to do it on my phone.

348 10/19 Effects (1980) 2/5   George Romero’s film crew make their own film about a group of filmmakers get a little too realistic with the special effects. It’s not as interesting as it sounds with the team seemed more intent on filming drug use than horror/gore.

349 10/19 Sacrifice! (aka The Man From Deep River) (1971) 3/5 Seeing how director Umberto Lenzi passed away I gave this one another spin. It plays it pretty straight considering the impact it had with slowly kickstarting the Italian Cannibal Genre. A photographer goes deep into the Thai jungle after killing a man in self defence. There’s more nudity than usual for these, but sadly there’s way too much animal cruelty.

350 10/19 Radius (2017) 3.5/5   High concept suspense in this one about a man who survives an “event” with no memory and a strange malady that cause death at a certain radius. The film plays like a slow burn X-Files, and has a couple of interesting twists to keep you interested.

351 10/19 Latched (2017) 3.5/5   A pretty great short film about a young woman and her toddler that find a strange carcass in the woods. This one doesn’t feel like a demo reel, and instead tells a tight story perfectly.

352 10/19 Beyond Skyline (2017) 3.5/5   The first “Skyline” was a nothing special alien invasion movie. This one takes that concept and completely remakes it into a completely bananas action film with aliens, giant monsters, kung-fu with some of the cast from The Raid, it’s got everything and keeps the pace going constantly and manages to be a ton of fun.

353 10/20 Blackenstein (1973 Theatrical Version) 2.5/5   This is one that regularly gets slammed for being terrible. And it is “bad”, but I found it fun bad. Everything about it is a bit too cheap but they go for it with aplomb which is better than some of these low budget films.

354 10/20 Psychos In Love (1987) 3/5   I’m not typically a fan of horror comedy of this stripe, but this one managed to mostly charm me. A couple of psychos fall in love. It’s never tries to be more than it is, and has a self awareness that I think saves it.

357 10/20 The Lodgers (2017) 3.5/5   Irish gothic horror about two siblings living in an old secluded house. Slow starter but gets creepy and turns into an atmospheric ghost story by the end.

358 10/20 Game Of Death (2017) 3/5   Jumanji re-imagined as a splatter-fest as millennials discover a cursed board game. This one was a lot of fun that has style and gore to spare. Being a miserable old geezer though means I can’t identify or care about any of the protagonists.

359 10/20 Bad Black (2016) 3.5/5   Uganda action film that looks like it could be shot on cell phones barely makes any sense but has so much energy you forget about it. It was not only a ton of fun, but a surprise since my screening was at Dedfest and the filmmakers added in custom graphics and narration to appeal to Edmonton and the fest. Makes for an instant crowd pleaser, though I have to admit that early scenes featuring ghetto kids were more disturbing than fun.

360 10/21 Stealth & Silence: DC Comic Fan Film (2016) 2/5   Short film had tons of style and a cool fight scene but didn’t make much sense. You would have no idea about the DC Comics connection without reading the credits.

361 10/21 Geek Girls (2017) 3.5/5   A really  well done documentary on all aspects of women in geek culture. What made it interesting is that despite this being made during gamergate and the filmmaker having an opportunity to exploit and sensationalize, she kept the focus on the girls and their response.

362 10/21 Death On Scenic Drive (2017) 2.5/5   A woman house sitting in a remote acreage gets witch-y. This one had lots of style and some good ideas with atmosphere, but it was a little to precious which gave it some pacing/story problems to be completely successful.

363 10/21 Lowlife (2017) 3.5/5   A grindhouse crime comedy about a group of separate people who come together over an organ harvesting crime lord. One of them is a Luchadore. This one does a great job with a gimmick to establish all the characters, and by dealing with mostly minorities and people who are perceived with stereotypes manages to really humanize them. It allows the filmmakers to rise above traditional exploitation to address some real world issues. Good stuff

365 10/21 Tigers Are Not Afraid (2017) 4/5   A dark fairy tale about kids orphaned from the cartel wars in Mexico trying to survive. To be able to make a horror film about such tragedy and still keep things hopeful makes this one a real gem. It’s going to be rattling around my brain for a while. Very highly recommended.

366 10/22 Deliver Us (Libera Nos) (2016) 3/5   Documentary following a real Sicilian exorcist. This looked like abuse to me, with religion triggering mental illness more than actual demon possession. The filmmakers wisely depict what is happening without comment, leaving it up to you to decide. 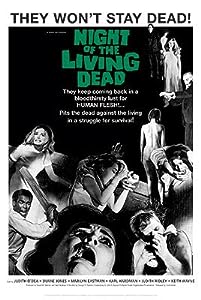 368 10/22 Night Of The Living Dead (1968) 5/5   Beautifully restored, what’s left to say about the classic that defined an entire genre? Newly noticed from watching it on the big screen, Romero perfectly framed every shot. It’s easy to miss how talented he was despite his budgets.

369 10/22 Sequence Break (2017) 3/5   This one could best be described as “David Cronenberg’s Tron.” A young arcade game repairman gets a little too intimate with a strange machine that might be a doorway to another dimension. Gooey fun that was admirably more ambitious than its budget.

371 10/22 Tragedy Girls (2017) 4/5   A couple of high school girls who are willing to kill to get followers, this is a pretty near perfect social media satire. The leads are both fantastic with the film having some fun set pieces as will as numerous nods to the horror genre. Recommended.

372 10/22 Victor Crowley (2017) 4/5   The surprise Hatchet sequel is more than the same, which isn’t a bad thing. Gorey fun that continues to the perfect slasher throwback to the 80’s while still feeling fresh.