Two posts in one week! You lucky lucks! This one catches up the rest of the films I watched during the last week when I wasn’t posting due to the cloud of moodiness. I ended up watching quite a bit due to throwing my back out and being barely able to walk around by the time I got home from work. Nothing enables movie watching like sickness or physical pain. I mean, I’d rather lay about and watch movies anyway. When you’re healthy and watching movies, you’re lazy. If you’re sick though, you’re getting better and doing the right thing. Let’s all get incurable but non-fatal diseases so we can be empowered to watch more movies!

204 08-17 Elvis : That’s the Way It Is (Special Edition) (2001) 3.5/5
This is a concert film documenting Elvis’s return to live performances via his opening week in Las Vegas. It’s great. Elvis is a bundle of nerves, and the energy is contagious when he gets going. His voice is fantastic and he really does look like a King. You could argue that he is at his peak here, from here on it’s all a slide downhill into drugs and poor health. This version concentrates more on performance and cuts a bunch of the interview type material that made the original film from 1970 fun but severely dated. On another note, every poster for this sucked. Look at that fucking outfit, why not show him in the dazzling white suit he’s seen in the film in?

See? Already a better picture for the poster despite the doof on bass behind him.

205 08-18 Zatoichi’s Pilgrimage (1966) 3.5/5
This one finds Zatoichi again grappling with the morality of killing hundreds (thousands?) of men, so he decides to begin a pilgrimage to the 81 temples to find enlightenment. Guess how it goes? Another fantastic edition, that also featured one of the best scenes yet of his swordsmanship in the opening.

206 08-19 No Time for Sergeants (1955) 4/5
Based on the introduction, this was Andy Griffith’s debut on live television (via the United States Steel Hour), and his first experience acting in a play. It’s an absolutely amazing performance, and you can literally see his star being born. From here he would move on to winning a Tony for the Broadway adaptation, then his TV series. The play itself is hilarious, and a rare example of comedy being performed on live television as opposed to the typical dramas.

207 08-20 A Brief History of Time (1991) 4/5
Errol Morris is a master of the documentary, and this one is no exception. Spending equal time with Stephen Hawking’s biography and theory explanation, it manages to never be boring and surprisingly accessible to people like me whose brain starts to sing “LA LA LA LAAAA”  when physics are being explained. I guess the only knock you can have against the film now is that it’s twenty plus years out of date, and I think the theory presented has been disproved, or changed or whatever happens with the science. Fucking science, always changing. They’re redoing Cosmos now! Fucking kids and their new science!

208 08-22 This Is Elvis (Extended Video Version) (1981) 4/5
Elvis week continues! This one is a straight up documentary detailing his life. The good is that it features a whole bunch of clips of Elvis, mostly of song performances. The bad is that they have actors recreating parts of his life, and a guy narrating the film as Elvis in the first person but kind of from the afterlife. It makes it unnecessarily weird, especially the opening scenes of his last night alive in Graceland. That said, you do get a good picture of his life, and they don’t hold back on the negatives either. If all you know is “Fat Elvis” of popular culture, you owe it to yourself to see some of this stuff to see why he was the King. Plus theirs priceless footage of him stoned out of his skull, kicking members of his Memphis Mafia in the nuts during a karate demo. Seriously, MUST SEE STUFF!

209 08-23 The Dragon Tamers (1975) 3/5
At first glance, this one is a typical Kung-Fu picture about some guy wanting to challenge some other guy to see who’s the better fighter and getting mixed up in some school clash. What separates this one though, is it’s the second picture directed by John Woo. Being a huge fan of THE KILLER and HARD BOILED, two films that I would put at the top of any “Best Of” list, it was fun to see Woo working in the Golden Harvest trenches. Even at this point you can see his style coming to form, with slow motion and other style tricks. The plot too, with heavy emphasis on loyalty and friendship fit solidly into the Woo cannon. The opening girl fight in the mud though, not so much, that bit seems more at home in a women in prison film. Which isn’t a bad thing.

210 08-23 Machete Kills (2013) 3/5
I liked this one much more than I thought I would. Don’t get me wrong, I obviously love trash, and I’m a big fan of Robert Rodriguez and his homemade films. It’s more of a case of just how good can the second film of a series based off a fake trailer be? Ends up nearly as good as the unlikely first film. I think it would of played better a smidge shorter on a double bill, which really is how these films should be seen but never well since GRINDHOUSE shit the bed at the box office. Shame on all of you who skipped seeing that one in the theaters. Anyway, it’s big, it’s stupid and it leaves a big smile on your face. I really hope they do the MACHETE KILLS IN SPACE movie, that one looks amazing. 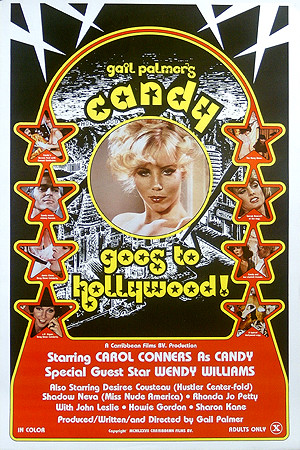 212 08-24 An American Hippie in Israel (1972) 2/5
This one is considered a cult classic, but it left me completely flat. It’s what the title says, an American hippie arrives in Israel and starts preaching his hippie horseshit. It’s funny and of it’s time, but it’s more BAD bad then fun bad, with constant preaching about “The Man” and the evils of war. It just never worked. I picked it up since the company that did the blu-ray, Grindhouse Releasing have been dead solid in the past. Oh well, you can’t like everything.

213 08-24 The Life Aquatic With Steve Zissou (2004) 4/5
More Wes Anderson guys! I’m not going to get too into it other than to say that once again I was surprised at how good it was. It’s such a goofy premise, some guy hunting down a shark that killed his first mate, but the cast is so good, and the script so tight, and Bill Murray so perfect that I just loved the shit out this one.

There it is! What’s left to say? I’m really enjoying the Wes Anderson films on the second go round. Elvis is awesome and who doesn’t love ping-pong? This really is the greatest blog, you should tell all your friends to follow me. Maybe I’ll get a sponsor? That’s how you get rich on the internet right? I mean, my webcam shows aren’t doing anything, this is all I got!