Last Friday I had a rare night out, went to a show with the boss to see White Buffalo. He’s a folk singer. I don’t know if that’s his birth name, he was good. In an even rarer event, I ran into someone I know but haven’t seen in at least a couple of years. Someone who really helped me out over the really rough years while I was helping to care for Dad as he fought cancer, someone who probably knows more about me than anyone in my current, hermit life. Circumstances changed, and well, we were unable to see each other anymore. It was cool though. And catching up with her, albeit briefly was really nice. She married, has a kid, a nice career. I’ve lost all my friends the past couple years, my fault, and while she left my life for completely different reasons than the others, it was great to see her and felt good to know she was doing good. Typically bump ins like this throw me into a jealous loop and my ego rages for days. I guess I’m finally getting my shit together emotionally. I’ll probably never see her again, and that’s okay, it’s the deal. She was incredibly kind to me, and it’s nice that I wasn’t my usual dick-self bumping into her at the show.

Another late blog, I didn’t realize I had hit five titles due to some of them being TV shows wrapping up.

096 03-28 Comic Book Men Season 4 (2014, 16 Episodes) 2/5
Possibly the most scripted “Reality” show of them all, it’s gotten even worse. The storylines/celeb guests are all annoying, and the PAWN STAR bit is so insanely seeded it’s ridiculous. The real problem is the men of the title are a bunch of assholes, and in many ways personify everything wrong with comic book shops. But it’s a Kevin Smith show, so I doubt it will go away anytime soon. I’m basically watching it out of laziness, it’s become a habit after watching Walking/Talking Dead. 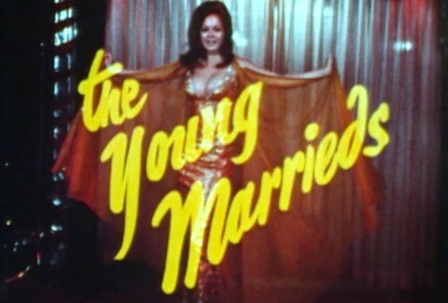 098 03-30 Dark Hazard (1934) 3/5
Edward G. Robinson plays a degenerate gambler trying to play it straight to please his fuddy dud wife who rescued him from the gutter. It’s pretty standard early thirties fair that rises above the typical preachy due to Robinson’s exuberance, and quite possibly the greatest twist ending* I’ve seen outside of a TWILIGHT ZONE EPISODE.

099 03-30 The Walking Dead Season 5 (2014) 3/5
100 03-30 The Talking Dead Season 4 (2014) 2.5/5
Quite possibly the weakest season of the Walking Dead finds the majority of the characters behaving completely against they way they have in previous seasons. The best example being the story of leader Rick who has spent the past four seasons trying to keep his family together and safe becoming obsessed with wanting to fuck a married woman at a compound they find to the point of wanting to kill her husband. Yeah, that sounds about right for a guy who has valued family about everything else. All for visceral “shocks” intended to keep the audience guessing. It’s stuff like this that undermined the whole series, and while the season finale helped to right some of the wrongs, I get a feeling this one is going to suffer the fate of most US television by going on too long and getting increasingly shitty. Of course, they’re planning a second series which means there will be two shit series to follow.

That’s it! Below is a spoiler for DARK HAZARD, since none of you will watch it anyway, and it really is a great ending. So skip this next bit if you think you might actually see it (you know you wont).

So the great ending is this, Robinson has started looking after a dog racing track, and loses all his money gambling so his wife takes the last of it and moves back to Idaho. Robinson spends the next couple years trying to win back his fortune to pay back the wife and goes completely bust, having to hobo to Idaho on trains to get back to his wife. Unknown to him, the wife has had his child, and has been rekindling an affair with some local geek. Robinson tries to turn his life around a second time, and the wife goes along with it for the kids sake. So he’s working a legit job, and manages to get a way to by his favourite racing dog, Dark Hazard of the title. This sets his wife in another tizzy, and Robinson has a blow out with the geek, dropping him with one punch like the fucking hulk. The wife freaks, tells him it’s not going to work out. So what happens? Robinson fucks off with his dog, and in a montage starts hitting the tracks, winning huge pots, and rekindling a romance with a hot blond in which he ends up traveling the globe, blonde and dog in hand, betting at the best horse tracks in the world. Completely dumping the killjoy wife and kid! THE BEST “FUCK YOU” ENDING IN FILM! They don’t make ’em like they used to, kids.