A day late posting this one. Were you concerned for my well being? Huh? No? FINE!

My dip into snooty Criterion land continues with a side journey watching some De Palma and a actual trip to a theater to watch a first run film! What a week! 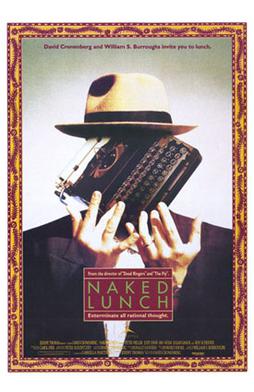 160 05/28 Naked Lunch (1991) 4/5   David Cronenberg tackles William Burroughs classic and instead of trying to replicate the novel he uses it as a framework to tell the biographical story of Burroughs life. I think it makes for a better film, and it’s as much a sci-fi/horror hybrid about the creative process as it is anything else. Peter Weller is fantastic as “William Lee”, the Burroughs cipher for the film, and the practical effects remain gooey in typical Cronenberg fashion. It all adds up to making an inspired film.

161 05/29 The Hidden Fortress (1958) 3.5/5   I primarily knew this one due to it having inspired George Lucas to create C-3P0 and R2-D2 in Star Wars. (It’s true! He says so in a special feature on the Criterion disc!) When I first saw it it left me flat, re-visiting it I really enjoyed it. It’s basically about a couple of peasants obsessed with gold, and is more of a comedy adventure than a Samurai epic starring Toshiro Mifune that I was first expecting on my first viewing. It’s as well done as anything Kurosawa has directed and is a lot of fun.

162 05/31 Alien Covenant (2017) 4/5   Ridley Scott is back, continuing the story begun in Prometheus. I really enjoyed this one. It’s exploring some big ideas, faith over science, creation over compassion, it’s a Frankenstein film in mirror image, and the action bits deliver too so it never got bogged down. I’m looking forward to revisiting this one. 163 05/31 A Man Escaped (1956) 3.5/5   Blind bought this one on the cheap since it was a Criterion Collection title and I really enjoyed it. Basic plot is a french resistance fighter is imprisoned in Vichy France and tries to escape. What makes this one special is it is all the prison escape, meticulously shown in all it’s stages with no fat to stretch it out. It’s lean, and worth checking out.

164 06/02 Dressed to Kill (1980) 3.5/5   Fun revisiting this one. Brian De Palma at his most Hitchcock-ian, it holds up well despite from really messy gender politics for modern times. Regardless, the films moves and Nancy Allen is really good. 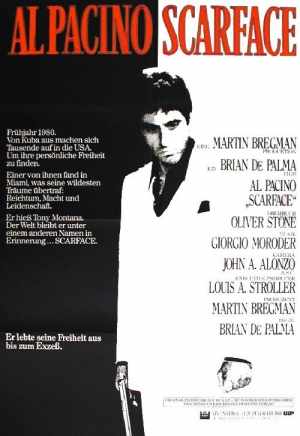 165 06/04 Scarface (1983) 4.5/5   Easily one of the most over the top films ever made, it shouldn’t work as well as it does. I think it’s because everyone plays it straight. Pacino is legit brilliant as rage-monster lead Tony Montana, and updating the old gangster film to modern day (well, early 80’s now) Miami was a stroke of genius. The three hour run time breezes by and this might be De Palma’s most perfect picture.

166 06/04 Body Double (1984) 3.5/5   De Palma is back in Hitchcock-Land with this Rear Window/Vertigo mash-up that takes place in Porno-Land LA. It’s not as sleazy as I expected it to be, and I’m rating it probably lower than I should mainly because I didn’t care for the lead. That said, it’s a clever thriller that’s as much about the fake-ness of movies as it is anything else.