Hey ho film fans! Did we all get in a bunch of movies this week? I had a real wham-bam of genres and even got in a new-ish one that some readers might of heard of! Boy oh boy, isn’t it great? Let’s get right to it.

103 04/17 Guilty Hands (1931) 3.5/5   Kicking off the 10th and final volume of the Forbidden Hollywood series with this pre-code gem starring Lionel Barrymore (Mr. Potter in It’s A Wonderful Life) as a district attorney who threatens to murder a colleague interested in marrying his daughter. Barrymore is great in the lead and the quick pace/short run time allows this one to be a lot of fun.

104 04/17 Herschell Gordon Lewis: The Godfather of Gore (2010) 4/5   The definitive documentary on the career of Lewis is pretty much all you can ask for. Great appearances by the likes of John Waters and Joe Bob Briggs, with HGL himself taking center stage to discuss his films and career. Tons of great clips and stories, it’s mandatory viewing for any film fan.

This one wraps up the massive Shock & Gore: The Films of Herschell Gordon Lewis set. I would give it a 5/5, a PERFECT FUCKING RATING! I know, many of the films are terrible but taken as a whole and presented this way? The set is a monster! HGL might have been a terrible director, but with writing, scoring, directing, producing, editing, special effect-ing and doing the ad campaigns for all these goofy movies, he is one of the true auteurs of film. I never would have dreamed a set like this would exist, and it’s only about half of his films. He has a whole other side or dreadful nudie cuties and children films. I hope we get a second set with those. A true original, The Blood Trilogy is an absolute must see and are flat out degenerate film classic. The man created the roughies and the gore films. We all owe him a huge debt.

105 04/19 The Mouthpiece (1932) 3.5/5   Pre-code sleaze Warren William plays a hot DA who prosecuted an innocent man to the electric chair, has a change of heart, grows his greasy moustache back and becomes a scumbag defence lawyer who’s only in it for the money. The courtroom scenes are bonkers and the rest is really good with Williams once again perfect as the morally defective lead. I’ve only recall ever seeing him play suave assholes, and here he is the perfect suave asshole. While not as scandalous as some pre-code films, this one was still a lot of fun.

106 04/19 Psycho Cop Returns (1993) 3/5   It’s the Vinegar Syndrome time of month! This one is a horror comedy about… A PSYCHO COP! It’s a sequel to a film I have never seen, but it doesn’t matter since it’s a stand alone film. Started off pretty painful with some hammy performances but once things get going it’s pretty near non-stop crazy gore effects and tits (cult legend Julie Strain!), so you can’t really complain. No risk of this one becoming anyone’s favourite film (guessing I’ll be proven wrong), but there are worse horror comedies to watch.

107 04/20 Secrets of the French Police (1932) 3/5   A burglar gets recruited by the police to help track his missing girlfriend who has been kidnapped by Russians in a ploy to get the riches of the missing Princess Anastasia. Throw in more than a touch of mad scientist and I don’t think you’ll get a more convoluted hour of film anywhere else. It’s not so much good as it’s so jam packed with different things going on that you can’t help but be enraptured by it. 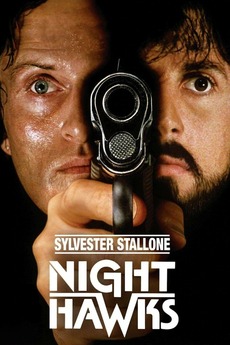 108 04/21 Nighthawks (1981) 4/5   I hadn’t seen this one since the VHS days. I remembered it as one of my favourite Stallone films and it’s nice to see it holds up. Stallone and Billy Dee Williams are a pair of street cops that get recruited to a newly formed NYC terrorist squad to track terrorist Rutger Hauer. It’s a pretty typical action movie that pre-dates the jokey “Buddy Cop” formula that would take over the 80’s so it plays it pretty straight. It mostly just really works with Hauer putting in a great villain turn and the seedy NYC locations fitting the action. Worth checking out. (And for dirty film fans, porn legend Jamie Gillis has a bit part as a fashion designer!)

109 04/21 Hot Flashes (1984) 2/5   Pointless adult fair about a sexy news network doing sexy news stories. One of those quickies where you can periodically hear the director giving suggestions should tell you all you need to know. One of Vinegar Syndrome’s weaker efforts.

110 04/22 Double Exposure (1983) 2.5/5   More thriller than horror about a pin-up photographer who has nightmares of his models being killed, or are they memories? It mostly works, it’s interesting in that it’s a middle aged cast when most of these tend to skew younger. It has a TV vibe (despite being graphic) which hurts it more than helping it and it sadly just never seems to fully kick off properly. 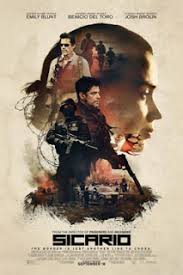 111 04/22 Sicario (2015) 4/5   Crime film dealing with American agents going after the Mexican drug cartels and is fantastic. A great backdrop of the blurry politics involved helps the dramatic aspects be as interesting as the intense action bits. Emily Blunt is perfect as the agent swept up into the investigation, and Benicio Del Toro once again steals the movie. Highly recommended.

See? Not a bad week with something for everyone! Or nothing for no one. Who knows who even reads this thing? I should check the metrics.