No, I did not forget to post my blog on my typical Sunday night. The weekend simply got away from me, and I debated skipping a week since all I had watched this past week were three silent short films. Don’t get me wrong, they were fine short films, it’s not much of a post.

I find myself falling into a youtube hole prior to going to bed instead of watching movies. I’m replacing cinema junk food with wrestling top 10 lists, of all things. Actually, thinking about it, I watched two Iggy Pop concerts on the youtubes that I should really add to this… give me a minute to fix my list.

067 03/12 The Dare-Devil (1923) 3.5/5   Ben Turpin takes the lead in this Mack Sennett short about a clumsy cowboy who gets pulled into the movie business. Packed full of physical gags that are even more impressive when you find out in the commentary that he was in his 50’s when he filmed this. A comedian that really could do it all in front of the camera, this one was a lot of fun.

068 03/13 Black Oxfords (1924) 3/5   Forgotten comedian Sid Smith stars in this one as a guy who escapes prison and enters a steeplechase to win some money to save the family farm. Yeah, slapstick wasn’t much on plot. This one is pretty standard fare for the genre, but it’s great standard fare. There’s a prison baseball scene preceding the break out that is absolutely wonderful, a fake cow gag that flat out doesn’t work but the steeplechase in the end mostly redeems it. Most notable with this one is the quick pace and gags that will actually be refined and improved with the Loony Tunes cartoons while completely fading away from live action with the invention of sound.

069 03/14 Iggy Pop: Kiss My Blood (1991) 4.5/5   This one finds Iggy performing in support of Brick By Brick, one of his finest albums. It’s one of the greatest performances I’ve ever seen, period. Dangerous, out of control, nailing every song. Twenty years after the Stooges and he still takes no prisoners. Not safe for work, he keeps yanking his pants off, but it’s still a mandatory viewing you can watch here.

070 03/19 Iggy Pop Live at the Ritz (1986) 3.5/5   This one finds Iggy performing material on the Blah Blah Blah tour. This is the album that was produced by Bowie and was considered a comeback of sorts for Iggy, but I found the album over-produced with too much of an 80’s pop sheen. The material live though is fantastic and a revelation. Well worth a watch to gain a new perspective. Watch it here. 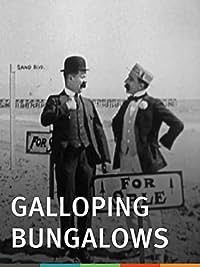 071 03/19 Galloping Bungalows (1924) 3/5   This one see poor Sid Smith in a support role to the superior Billy Bevan, the star of the previously reviewed Gymnasium Jim. This one is about a widow looking for suitors that have a distinguished mustache. I promise you, dear readers, I am not making up these plots. First half of this deals with a prefab house gag on a beach that largely falls flat. Second half is an amazing fire engine chase that makes it all worthwhile.

I guess that wasn’t too bad of a list. Seriously though, those Iggy Pop concerts are both bonkers. I don’t know how he does it. I don’t know how he STILL does it. Pure Rock n’ Roll, the real deal. The greatest thing in the world. We’re losing all of our originals. Chuck Berry died yesterday. I grew up on his music. I’m listening to it right now, vivid, alive, that sound he had. It holds up. It’s eternal. Sure, he had personal problems (to put it lightly) and was by all accounts a raging asshole. Don’t let it distract you from the genius. You could make the sweeping claim of “Chuck invented music as we know it” and it wouldn’t be crazy. All pop music today come from either The Rolling Stones or The Beatles, neither would of existed without Chuck Berry. No one can replace his influence. Only Little Richard and Jerry Lee Lewis are left. Listen to the old guard this week.