After a year of no exercise, I did one part of my old regime yesterday and now I can hardly walk. Isn’t this stuff supposed to make you feel better? Why is it always misery to work out? I wish I had the bug that sees people looking forward to getting up at 6am to go for a run. I have always found exercise a chore. Even gym class in school was something to endure so you could do something fun like watch a movie or listen to music. I’m going to try to stick with it. I have to improve. Based on the news week we just had the future is going to see us needing to shit in holes and figuring out how to turn furniture into weapons. I’m not ready.

Here’s what I watched last week.

020 01/22 A Clever Dummy (1917) 3/5   Ben Turpin stars in this one as a janitor trying to impress a lady so he pretends to be an experimental mechanical man made for the vaudeville circuit. This one was pretty good, most notable for allowing Turpin to shine in the lead. Turpin portrays a robot brilliantly in this one (more accurately he’s a clockwork man) and it ends with a great chase. Worth checking out since most people are probably like me and mostly know Turpin as an extra in other people’s films, if they know of him at all. 021 01/22 Doug Stanhope: Beer Hall Putsch (2013) 4/5   Stanhope isn’t for everyone, but he is for me. Dark, cynical stand up on here that resonates with some truth when it’s not being silly. If you’re a fan you’ll love it. If not, there are better starting points. (Before Turning The Gun On Himself from 2012 would get my vote.)

01/22 Dr. Mario (1990) NES 2.5/5   Once Tetris became all the rage everyone and their dog started putting out puzzle games to capitalize. This was one of Nintendo’s entries. Dr. Mario chucks pills into a jar of viruses and you have to match up the colours to make them disappear. I suck at it so I’m rating it low. It’s actually a fun and novel challenge, I’m being a miserable prick about it. 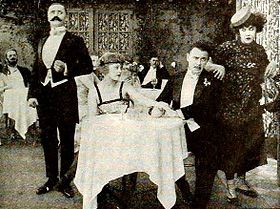 022 01/22 Hearts and Flowers (1919) 3/5   Another comedy with Fred Sterling chasing after Louise Fazenda after thinking she’s going to get an inheritance. What sets this one apart is a sequence where Sterling’s jilted girl dresses as a man and goes for Louise herself. A fun play on gender that was a bit surprising.

023 01/23 Gilmore Girls Season 3 (2003) 4/5   Another season of my girls! This one finds Rory stressed with graduation, figuring out college and boy trouble out her ass. Dean and Jess come to a head in a fantastic brawl that sadly did not result in both of their deaths. Lorelai bounced back from Max by dating a coffee shop entrepreneur who might be the limpest dick yet to cross her boyfriend-path. The highlight of the season again goes to Lane and her pursuit of rock stardom and a non-Korean boyfriend under her oppressive mothers regime. This season also hosted one of the finest episodes of the series; They Shoot Gilmores, Don’t They? Which sees Lorelai rope Rory into a endurance dance contest in an attempt to dethrone Kirk as champion. It’s brilliant and like the episode of Dean and Jess’s fight really shows how great the writing on this could be by incorporating 3 plots lines into one show and making them all work. It’s tight stuff and makes it worth watching. 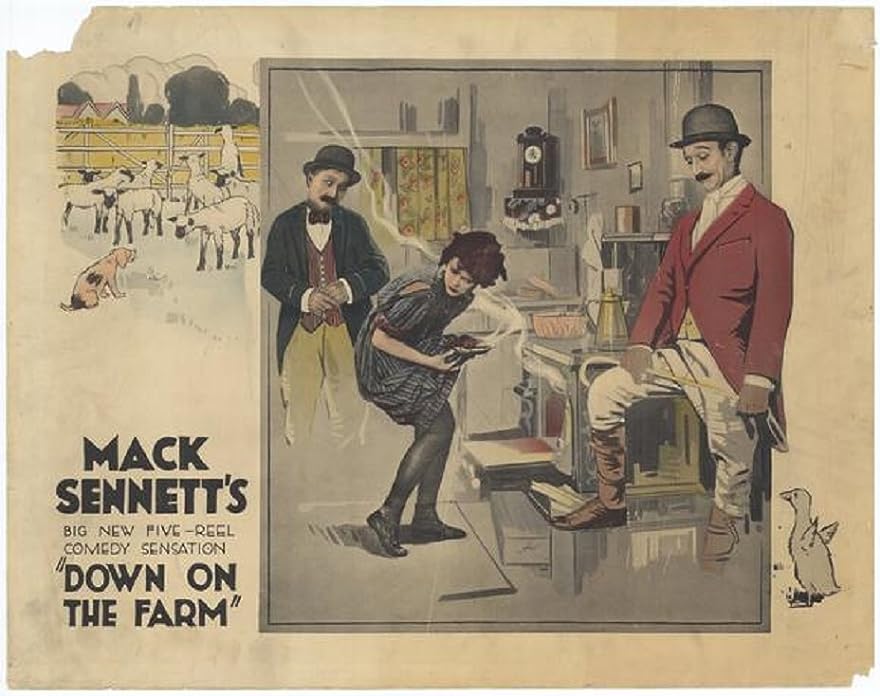 024 01/24 Down on the Farm (1920) 3/5   Ambitious slapstick with the usual formula of a guy pursuing a girl in the hopes of a payoff. Mack Sennett seemed to really love that one. The real joy in this film though is in the farm dog that does some genuinely clever tricks like fill a bucket of feed and then take it to some pigs, and later saves a toddler from falling in a river. If it wasn’t for that dog I would have rated it lower. I really hope they didn’t beat that dog to teach it those tricks.

025 01/26 Don’t Weaken! (1920) 3/5   A newly rich barkeep hosts a boxing match to give a fresh dance teacher the once over. Pretty typical slapstick for the era, this one give Fred Sterling a chance to do some great physical work but aside from that there’s not much elevating this one from the norm. 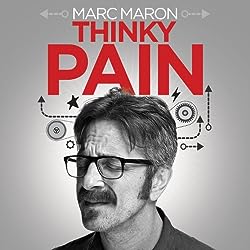 027 01/29 Lemmy (2010) 4/5   Documentary on the metal legend does a good job of showing the man behind the myth. I found it kinda sad. Off the road Lemmy comes off as mostly lonely, knocking around LA with not much purpose. Put a bass guitar in his hand and he’s one of the Gods. Worth checking out if you have any interest.

I’m never going to finish the Mack Sennett silent film set I’m going through. It’s taking me a minimum 2 nights to watch a 20 minute film. I watch them when I go to bed. It could be the most exciting film ever, but the pleasant soundtracks on these films put me to sleep. It’s really screwing up my viewings! So expect more next time.