Here it is, the last post of 2017. All the films I watched since the last post. It’s a big one. It’s fitting though since I’ve decided to end the blog. My goal was to keep this going for the full year, and I did that. Anyone reading this can tell it’s pretty much been coasting, and that’s my fault. Better to end it than continue. I’m still going to be tracking my movie watching, that can be found on my Letterbox profile found here:

I’m going to attempt to pull back a bit online in 2018, and part of that will be not posting blogs where I can get personal. Anyone who read this blog, thank you from taking time out of your day to spend it here. Hopefully you found something of value or a new favourite.

I wish you all the best.

479 12/17 Disconnected (1984) 3/5   I think this is the first feature by the team behind PSYCHOS IN LOVE, and I enjoyed it more. It’s technically a slasher, but it doesn’t play like one which helps to make it stand out. Worth checking out since it’s such an oddity.

480 12/17 Carol Burnett 50th Anniversary Special (2017) 4/5   As far as I know Burnett was the only woman to solo host/have a variety show in the late 60’s that ran for 11 years. It was deadly funny, shot live with limited to no retakes and seemed to be as much a contest on which performer could crack the others up first. Amazing to watch the clips now with performers making eye contact and performing their guts out, in comparison with the SNL card reading extravaganza that passes for sketch comedy now. The clips are short, but this one makes it up with lots of remembrances from Burnett herself, who at 84 looks like she’s ready to jump back into the game.

481 12/17 Twenty Questions (1988) 3/5   Documentary from Gorman Bechard shot in the 80’s but not released until now is a neat idea. Get twenty different people to answer the same twenty question cards and see the results. It goes on a little long at 60 minutes, but still, a good idea with a simple set-up.

482 12/22 Liquid Sky (1982) 4/5   One of the more odd 80’s films. A day-glo look at the hip, underground fashion scene with drugs and assault being high on peoples list. And a UFO with an alien that gets high by fatally ingesting orgasms. It’s the type of gorgeous film that you want to just let envelope you, and more dark  than it appears when you think about it. Worth checking out. 483 12/22 The Hunt for the Zodiac Killer Season 1 (2017) 2/5   This history channel series piqued my interest since I’m obsessed with true crime and the Zodiac case is so bonkers. It ended up being goofy as hell, so ridiculous in presentation that even the cracking of part of one of the ciphers was underwhelming. Never mind the stupid super computer taught to think like the zodiac that they kept representing with a matrix-face for the extra stupid to comprehend. They basically ignore all the police work done in the past 50 years to go on wild goose chases that end up with nothing, and the final ep is a massive prick-tease for a season 2 that I’m sure I’ll hate-watch if it comes to fruition.

485 12/23 Festival (1967) 4/5   Before the Monterey Pop Festival and Woodstock the times they were a changing at the Newport folk Festival. This documentary follows highlights from the 1963-1966 line-ups featuring clips from everyone from Bob Dylan to Mississippi John Hurt. The only complaint is that it’s not 10 hours long with full performances.

86 12/24 Trouble No More (2017) 3/5   A film showcasing live concert footage of Bob Dylan from his Christian years. It’s cut with clips of actor Michael Shannon delivering sermons and frankly none of it works. The live footage is great, but completely without any history or context. A better and more proper documentary of this period should have been made. It’s ridiculous that there’s still no decent concert films of Bob Dylan commercially available. 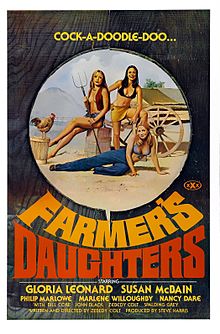 488 12/25 Wonder Woman (2017) 4/5   In a world where all the superhero films seem to blur together, and it’s generally regarded that the DC universe post-Christopher Nolan Batman are basically terrible. So it’s nice that this one is so damn good. Gadot is fantastic as in the lead, both genuine and powerful in her depiction, the rest of the cast rises to the occasion with Chris Pine finally being appealing in a role. It’s never dips into cheesecake and I found myself getting teary eyed since it’s so rare to see women in action movies depicted like this. It’s great, I hope the director gets to do more.

489 12/26 War For The Planet Of The Apes (2017) 4/5   Back in the 80’s, I had a ratty VHS tape in which I had the films “Bridge on the River Kwai” and “Apocalypse Now” and I watched it to death. Sometimes once a week. Never would I imagine that the Apes series would distill these two films into one of the best films I’ve seen this year. Emotional, amazing action and never once did I suspect that the apes weren’t real. It’s a remarkable achievement in a series that has been way better than it had any reason to be.

490 12/27 Donnie Darko (theatrical cut) 4/5   Second time watching this version and it finally clicked for me. Lots has been written, I have nothing to add. It’s good.

491 12/27 Deus ex Machina: The Philosophy of Donnie Darko (2016) 3.5/5   A very well done making of documentary, mainly due to dealing with the people in the production as opposed to the actors.

492 12/27 Hail, Caesar! (2016) 3.5/5   The Coen brothers take a look at the golden age of Hollywood. It’s a little bit of a mess, with kidnapping communists and what not, but I loved it. I have a soft spot for old Hollywood and this one really nails the period.

493 12/28 The Climber (1975) 2.5/5   “Little Joe” Dallesandro stars in this Italian crime film about an American in Naples trying to find his way in the organized crime scene. It works, but adds up to nothing all that special since it pretty much stiks to genre conventions. Everything in this will be done better in dePalma’s SCARFACE.

494 12/29 Gimme Danger (2016) 4/5   As perfect a documentary on Iggy & The Stooges you could hope for. As far as I can tell, every frame of film of the band in its prime is in here, though sadly none with sync-sound. At any rate, the only better telling of this story is the book Total Chaos. A must see, go buy the records.

495 12/29 Baltimore Rising (2017) 3/5   Documentary on the resistance movement in Baltimore in the wake of the Freddie Gray killing. Spends a little too much time with certain people as opposed to telling the whole story, so it’s a little hit a miss. Lays the ground for a better “Black Lives Matter” type documentary in the future. 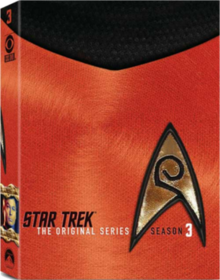 496 12/31 Star Trek Season 3 (1969) 4/5   After literally years, I finally knuckled down and finished watching the original series. Generally considered a step down due to budget cuts, it’s still a damn fine season and I find the cheapness adds to the surreal, alien planets. Some good ideas are explored, and one of my favourite episodes – “Let That Be Your Last Battlefield”. Next year I may dive into the animated series.

497 12/31 The Violent Years (1956) 4/5   Of all the films to watch to send off the year I had to watch this one. As far as juvenile delinquent scare films go, you can do better. This one is known due to the Ed Wood Jr. script connection, but I have to admit, it’s a lot of fun. A good girl is running a girl gang, knocking off gas stations, raping guys, and getting tricked by communists?!?!? It’s goofy, but I’ve always enjoyed it since stumbling upon it in the VHS days. The new Blu-ray scan from AGFA is great and worth your time.