Once again, I did not forget to post this or abandon the blog. I just flat out didn’t get much watch the week before last, so rather than post a 2 film blog, I held off. My blog my rules! So while the world burns, floods and possibly nuclear rains (if we have a nuclear war before I finish FALLOUT 4, I’m going to be pissed off. I’m really close!), here’s what I watch the past couple week. After the Vinegar Syndrome catch up, I’m back with subtitled foreign films to catch up with before the Scary Movie Challenge. “Subtitled Foreign Films” sounds fancier than “Yakuza/Kung Fu action films”.

Also impacting my movie numbers is my binge viewing of: 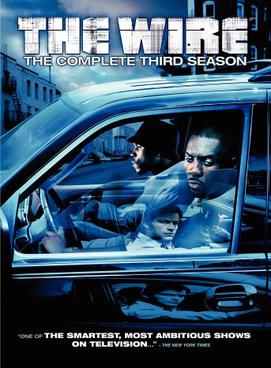 257 08/24 The Wire Season 3 (2004) 4.5/5   After the focus on the larger crime world in Season 2, Season 3 gets to what the series is really about: an indictment on the war on drugs. A west division major sets up a safe zone for the drug trade. It’s in the realm of fantasy, but damn if it doesn’t make for some thought provoking television. I’m not even getting into the stories of the cops and drug dealers that started in Season 1 are doing. It’s arguably the best season of the best crime show in television history.

258 08/25 More (1975) 2/5   Another low rent hardcore feature from Ralph Eli, this one manages to be more game to run a detective plot with Harry Reems investigating a murder and the widow basically fucking everyone involved. It’s so poorly made that it’s actually fun to watch, and has a stolen Led Zep soundtrack to boot. I can’t really recommend the triple feature that this is on, but it was kind of a fun watch regardless. 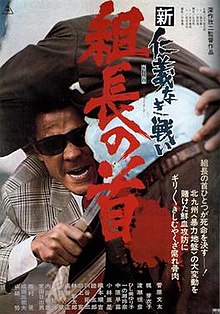 259 08/26 The Boss’s Head (1975) 3/5   Second film in the New Battles Without Honor And Humanity series is more of the same. Bunta Sugawara is back, this time as a stray dog Yakuza that is fresh out of a seven year prison bit for doing a hit and getting caught up in Yakuza politics. It’s good for what it is, but failed to knock my socks off.

260 08/28 Last Days of the Boss (1976) 3.5/5   This one wraps up the New Battles Without Honor or Humanity series and I liked it best. It starts off sleazy before settling into one of the more action packed installments which helps it to stand out from the rest. Aside from the action, it’s the usual Yakuza intrigue. The New Battles trilogy of stand alone stories never reach the heights of the original, and end up being more of a tonal tribute. Good for what they are, but didn’t wow me. 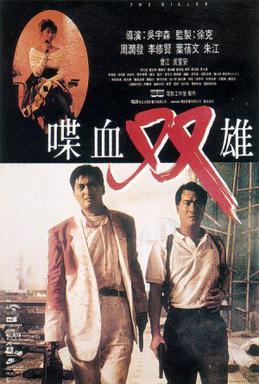 261 08/30 The Killer (1989) 4.5/5   Revisited the film that put John Woo on the map and it holds up remarkably well. It’s corny as heck, but damn, those action scenes are still completely bonkers and it’s clear that it’s influence is still reverberating around THE RAID and JOHN WICK twenty plus years later. Chow Yun-Fat is the suavest mother fucker since Cary Grant and the only knock you can have against this film is that Woo followed it up with HARD BOILED which might be the greatest action film of all time.

262 09/01 Kung Fu Girl (1973) 2.5/5   When the DVD cover calls the film “Kung Fu Girl” and the film on the disc is called “None But The Brave” (imdb has it as “Tie Wa”), you know you may be in trouble. Ends up that this one wasn’t too bad. A country kung fu girl heads off to the city to confront the evil Japanese imperials that killed an adopted sister. It’s over long and the fights are clunky. What helps set it apart is the casting. Jackie Chan makes an unimpressive appearance in a small role early on, and Diamond Guy Jo Shishido plays the Japanese baddy which helps to make this one a little more interesting. Star Pei-Pei Cheng Manages to be both engaging and disappointing in that her kung fu is a little to dance-y/staged compared to other leading actresses like Angela Mao. So it all adds up to being mostly a miss.

263 09/02 Throat… 12 Years After (1984) 3/5   Gerard Damiano returns to Deep Throat, only not really. The tag line is “A Reflection NOT A Sequel”, only it has nothing to do with the original film. Which is probably a good thing since despite it’s fame, it’s actually pretty terrible. This one is basically an episodic film about a couple of couples figuring out their relationships. A great cast but it never really stands out as anything too special. (That said, the extra feature interviews on the Vinegar Syndrome disc make it worth picking up as they are more interesting than the feature.)

264 0/03 The Wire Season 4 (2006) 4.5/5   One of the joys of this series is wondering where it can go after the conclusion of a season. This one finds the focus shifting to the war on drugs impact on the school system. It’s the kind of thing I typically don’t like since it follow a group of kids. It’s handled so good, and with none of the fake emotional manipulation that these topics usually have. While this is going on, it the story continues to push forward with the political/police stories that are the base of the series. It might be the best season.