I’m still going hard at updating Letterboxd with my old movie lists. I’m currently entering 2014. What I wasn’t expecting was being able to track my dads illness though it. We would typically watch a movie each evening, and I can tell based on the movies watched in a week when he was in hospital. He passed in 2014, and anyway, it’s kind of weirdly emotional reliving it through my obsession with tracking movies. I like how Letterboxd works, I like how it tracks. When I catch up to this blog I might just continue on Letterboxd and drop this. It’s not like I’m selling clicks or have illusions that this is meaningful to others.

I continue to watch Criterion’s, and have started Twin Peaks as well.

154 05/22 Twin Peaks (Pilot) (1990) 4/5   Yeah, I’m late re-watching Twin Peaks prior to the relaunch. Revisiting this one after all these years was a bit of an eye opener. I was always a fan, but I found that this hit more emotionally than it did before. The hysterics are still funny, but an awkward funny since they kind of ring true in how messy they are. Anyway, it sets up things perfectly and doesn’t feel dated at all. The look and tone is beautiful and Lynch just completely nails the world. Looking forward to the rest of it.

155 05/23 In The Realm Of The Senses (1976) 3.5/5   This one follows the story of a former prostitute that starts an affair with a fellow that gets more and more obsessed. An art-house hit and notorious for it’s explicit hardcore sex, it’s a pretty good film but despite the hand wringing in the essay included to distinguish this one from regular pornography, I don’t think it’s quite as cut and dry. Like the best hardcore films, this is a story that can only really be told with explicit sex, and I don’t think it should get a pass as a “serious film” just because it doesn’t titillate the viewer the way a similar film like The Devil In Miss Jones might. At any rate, it’s very good, if not feeling a little long, and it’s challenging of Japanese politics (I don’t think it’s been shown uncensored their to this day) is noteworthy. 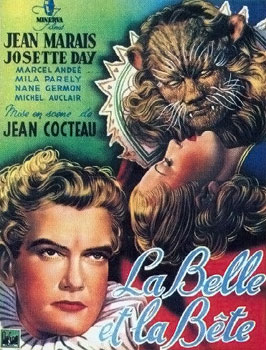 156 05/25 Beauty And The Beast (1946) 4/5   Finally got around to watching the French classic and it did not disappoint. Superior to the Disney version in every way, it is completely enchanting and the special effects hold up wonderfully. A magical, dreamy experience, I really loved it.

157 05/26 Twin Peaks Season 1 (1990) 4/5   This is my 4th re-watch, and I’m impressed by how well it holds up. I remember when it first aired and it seemed so strange. Knowing where things end up and having seen Fire Walk With Me, watching it now, it’s still weird but surprisingly tragic too. The hysterics seem more real and ugly. It’s more hard to follow due to the massive cast and relationships compared to the Black Lodge weirdness and dancing dwarfs. Binge-watching this one is really the only way to view and appreciate it.

158 05/27 Repo Man (1984) 4/5   Seems weird that this one is part of my Criterion Collection binge that I’ve been doing this month, but here we are. It’s not held up as the the cult classic it used to be these days, but it still is pretty great. It’s punk heart and bonkers plot all work, and the soundtrack is to die for. One of the best of the 80’s and I’m surprised someone hasn’t tried to remake it.