I was hoping to post this last night but getting back to work and having to work in the warehouse really laid me out. So I’m a day late. One day this blog might get back to it’s regular weekly posts. I know you are all worrying about it. Welcome, let’s have a look.

As promised last blog, I spent my staycation catching up on Vinegar Syndrome smut and sleaze. So it’s a mixed bag for those of you who hate this stuff. For those with a taste for the bad, it’s a real treasure trove.

248 08/12 Matinee Idol (1984) 3.5/5   This one finds exploitation legend David F. Friedman writing a story about the trials and tribulations of producing adult films. It’s got a great cast but what sets it apart from standard hardcore fair is there’s a sense of fun to this that’s more in tone with the softcore features he used to make. The story comes first, and it mostly works.

249 08/14 My Chauffeur (1986) 2.5/5   It’s the 80’s and sex-romp comedies are still all the rage! Only this one isn’t really a sex-romp, it doesn’t seem to quite know what it is. A hip Valley Girl type gets the call to be a chauffeur and really sticks it to the patriarchy of old men at the Chauffeur club. Each job is an excuse for wacky shenanigans. There’s boobs. Penn & Teller get a chance to do some business that never really works. None of it really works. Maybe I’m too fussy. Or I’m jealous that she’s all hot over the rich jock asshole.

250 08/14 Afternoon Delights (1980) 3.5/5   Early hardcore feature from Shaun Costello about a group of guys at poker night sharing stories about their ex-wives. It’s all an excuse for vignettes, but what elevates it from the usual is the vignettes are wonderfully sleazy and there’s a bitter-sweetness to the scripting. It doesn’t hurt that the cast is packed with all stars. 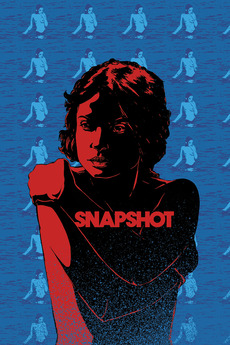 251 08/15 Snapshot (1979) 3/5   A nice little suspense thriller from Australia finds a young hairdresser swept up into the modelling world all while being stalked. It’s never knocks your socks off, but isn’t a bad film to spend your time with and a not bad example of a more straight film from the Ozploitation scene.

252 08/15 The Wire Season 2 (2003) 4/5   The second season picks up where the first left off with the unit in tatters and a new focus: corruption on the docks. The expansion of scope while continuing the story started in season 1 is really striking and well done. The politics are maddening and will change your worldview. It really is the best crime show in the history of television

253 08/16 Slave of Pleasure (1978) 4/5   This one is a sleazy gem of a film about a private eye investigating the disappearance of a housewife that got swept up by white slavers. It’s the kind of cheap, grimy hardcore that scared everyone back in the day, and it’s entertaining as hell since they really go for it. It doesn’t hurt that it has legendary sleazeballs like Jamie Gillis in it.

254 08/18 My Master My Love (1975) 2/5   Sometimes low rent sleaze is simply sleaze, which is the case here. Darby Lloyd Rains stars as a Mistress who’s business is interrupted by the arrival of her little brother. Aside from an appearance of Annie Sprinkle there’s nothing much of note to this one and it manages to be a bit of a chore.

255 08/19 Teenage Masseuse (1975) 2.5/5   From the same filmmaker as My Master My Love and just as cheap and low rent. I give it half a star more mainly due to Bobby Astyr being so hilariously over the top as the abusing dominant. The story works better too, a bored housewife gets swept up into a massage parlour. It’s good for what it is but nothing to recommend. 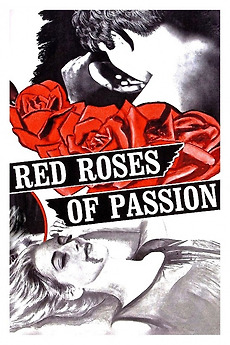 256 08/21 Red Roses of Passion (1966) 4/5   Vinegar Syndrome’s Sexploitation series kicks off with this Joe Sarno stunner. A woman relies on a psychic who is more witch priestess than flim-flam to get back at her stuffy relatives that she lives with. It plays more like a nightmare than a sex film, with that odd feeling more associated with David Lynch as opposed to David Friedman. It plays very strange, and if this is setting the tone of this series, it’s going to be a real knockout.

There it is. Back to normal for me and my movie watching. I’m going back to the subtitled films. Try to clear the docks since October is coming, and you know what that means.