Woke up this morning to the news of the first terrorist attack to happen to my city of Edmonton. It was bound to happen, that’s the state of the world. I fear that this is exactly what the Nationalists needed to give them the edge for the elections. Yesterday when travelling downtown I saw armed security guards at the Jewish temple.

Wrapped up Bruce Lee’s films in this post and watched one of the best made Superhero films. Beginning next post is my start to the Scary Movie Challenge. You have been warned.

286 09/26 The Story Of Mankind (1957) 2/5   This wanna be epic has a great cast, including Vincent Price as the devil and the Marx Brothers in their final film (in which they do not appear in scenes together). The Devil and Mankind (represented by a posh old white guy, of course) are debating a tribunal on whether or not to allow the people of earth to destroy themselves with the H-Bomb. As such, we visit THE STORY OF MANKIND! From a American/European perspective of Napoleon (Dennis Hopper!), Cleopatra, Moses, you get the picture. It’s a neat idea that just plods along and tests your patience.

287 09/26 Game Of Death (1978) 2/5   Before shooting ENTER THE DRAGON, Bruce Lee had started on this one, and then died before ENTER came out. Years later, the director of ENTER took 20 minutes or so of the footage that Lee shot and cobbled together this completely unrelated film and it’s an absolute grotesque. Using a guy who does not look like Bruce Lee as a double, clips from previous Bruce Lee films that do not match the re-shoots, and even footage from Bruce’s funeral, the films is a horrendous. Which is a shame since the guy doubling isn’t bad at the fights, he’s just not Bruce Lee. The real shame is that the GAME OF DEATH footage that Lee shot is wasted. A 40 minute assembly of the bodega sequence can be found in the special features on some DVD’s as RETURN TO GAME OF DEATH or in the BRUCE LEE: A WARRIOR’S JOURNEY documentary and it is absolutely spellbinding stuff and well worth tracking down. 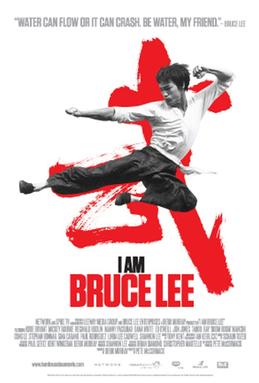 290 09/30 I Am Bruce Lee (2012) 2.5/5   If you wondered how Rocky Marciano would of beat Bruce Lee in a fight, or wanted to hear a bunch of MMA fighters you’ve never heard of talk about Bruce Lee’s life, this is the doc for you. It does feature some contemporaries of Lee, including his family, and when they tell his story it’s great. There’s also some great footage of Lee himself. It’s padded with these MMA people and a guy from the Black Eyed Peas, and it annoys the shit of you every time they come on bleating about Lee.

291 09/30 Logan (2017) 4/5   Hugh Jackman comes back to Wolverine for one more time and ends up making on of the best superhero films. This one finds Wolverine and Professor X at the end of their ropes after an event. Mutants are no longer around, except maybe? It’s has a bleak feel that just works, and after the FX blowup that was the last X-Men film, this one really proves how good you can make a superhero action film if you allow the characters to breath.

As stated, today is October first and the start of me watching all the horror films I possibly can. There will be more posts this month.