No, I did not forget to post this on Sunday August 6th. As you will see, I had not much to post. Instead of watching a film an evening we’ve decided to run with THE WIRE. It’s my second go through the series and it’s nice to see it as rewarding as it was the first time. Maybe more so. So aside from it I have only watch a couple more Yakuza films. there should be more, but I put these on when I go to bed and I find that subtitles put me to sleep. It’s really annoying!

242 08/02 Cops Vs. Thugs (1975) 3/5   Kinji Fukasaku does another Yakuza picture. This one has the same feel as his epic Battles Without Honor Or Humanity series, only I found it not as interesting despite a neat story. A cop and yakuza gangsters are friends, and their roles blur as Yakuza gangs start fighting. Bunta Sugawara was good in the lead, as always, the film just never connected with me. Maybe due to thinking the title mean cop/yakuza fights as opposed to comparing the two similarities? That said, you could do worse.

243 08/04 Vinegar Syndrome Spring Catalogue of Film (2017) 4/5   This one is a trailer compilation of every single Vinegar Syndrome release from the start of the company until the end of May (I think May). Spanning three DVDs, one with all the non-porn, 2 DVD’s of porn trailers, I have to admit it was fun reliving all these releases. For films were trailers are not available, VS has cut their own and it’s really interesting to see their take on hardcore titles that push elements other than sex, as opposed to the period trailers which are all sex. Anyways, it’s a fun set and cheap if you’re curious about the house of VS. 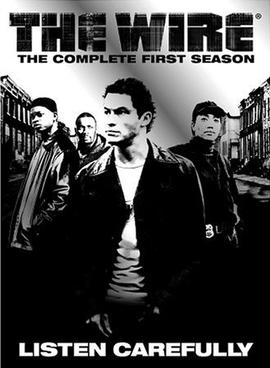 243 08/07 The Wire Season 1 (2002) 4/5   It would be easy to drone on and on about how good this series is, as everybody does. This is my second go round and it’s crazy how good it holds up, in fact, it’s even better on the second watch since there is so much going on in the episodes. It really is one of the all time crime greats.

244 08/07 Doberman Cop (1977) 2.5/5   The great Sonny Chiba stars in this manga adaptation directed by Kinji Fukasaku, the man behind the acclaimed Battles Without Honor Or Humanity series. It has a convoluted plot about a Yakuza gangster trying to create a pop-idol while a serial killer is on the loose and Chiba is a tough bumpkin detective from the sticks looking for a girl who ran away from her town. None of it really works, especially the humour.

245 08/11 New Battles Without Honor Or Humanity (1974) 3/5   I have mixed feelings with this one. It’s not a bad film so much as it is a retread of things already dealt with in the initial series, only featuring actors recast that had appeared in previous installments. Bunta Sugawara is great in this in the new yet similar role as a yakuza trying to find his place after a prison stint. Chipmunk-cheeked Jo Shishido has a fun bit that’s practically a cameo as a syphilis suffering ex-killer, and aside from that it’s business as usual. The nice thing is this is  a stand alone film so no prior knowledge of the previous films is required.

That’s it, I’ll be back in a week or so with possibly a monster sized staycation post.