I’m a day late posting this thing this week. Sorry film fans, it’s a long weekend up here in the Great White North and it ends up that there is a never ending amount of plants and crap that need to be dug up, dug in, and replaced. I like the sun and outdoors, I’m not great at bending over so this weekend has been more chore than joy.  Here’s all the movies I watched up to this very moment since I finished the last one this morning.

145 05/15 The Red House (1947) 3.5/5   Edward G. Robinson stars in this one as the patriarch of an out of the way farm who absolutely does not want you mucking about in his woods and going near the Red House. The whole film is about what terrors may lie in those woods, and aside from some pacing issues it manages to be pretty tense stuff that fills you with a sense of doom and dread. Part country noir, part horror film, it’s certainly worth a look.

146 05/16 The Night Porter (1974) 3/5   I’ve been hearing a lot about this one for ages so it was nice to finally give it a look. Dirk Bogarde is The Night Porter, working in a hotel when he recognizes customer Charlotte Rampling as the women from the concentration camp he was abusing while working there during the war. It’s interesting and well done, but at the end of the day it’s really just an arty, serious take on “Love Camp 7” and all the other Naziploitation that was out at the time, just elevated with some fine direction from Liliana Cavani and the performances. It’s well done if not a little slow. 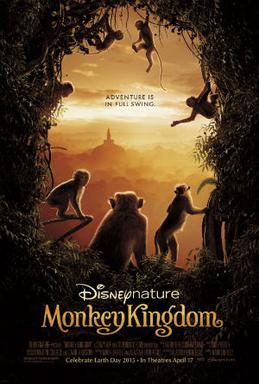 147 05/18 Monkey Kingdom (2015) 4/5   Disneynature hits it out of the park again with this one following a pack of macaque monkeys, centring on “Mya” and her journey from the lower class life. I knew monkeys had Alpha Males that ran the pack, but I had no idea it was a proper class system that dictated who could eat what. It was pretty bonkers and made the film even more interesting than it would of been since Monkeys are hilarious. Oh, and Tina Fey does a great job with the narration too.

148 05/19 O Brother, Where Art Thou? (2000) 4.5/5   The Coen brothers take on Homer’s Odyssey and it couldn’t be better. Setting it during the great depression and filling it with folk music is a stroke of genius. George Clooney is perfect in the lead, the comedy rings true and the film flies by. I love this movie and it’s soundtrack. Highly recommended.

149 05/20 Walk The Line (2005) 4/5   Bio-pic on the life of Johnny Cash tracks his story from childhood to his success with the “Live At Folsom Prison” album, but it’s really the love story of Johnny and June Carter falling in love. Joaquin Phoenix does as great job as Cash, and Reese Witherspoon is a whirlwind as June. They also sing the songs and are flat out great despite nobody being able to truly mimic Cash’s voice. Get past that and this one is a real winner.

150 05/20 Pussycat Ranch (1971) 2.5/5   Star power can’t elevate this one above being pretty standard adult fare for the era. Billy the Kid needs a hideout and Mama needs cash for the ranch so they team up and turn it into a brothel. It’s played for laughs, and it mostly works, it’s just not that interesting.

151 05/21 Breakfast At Tiffany’s (1961) 3.5/5   I’ve been avoiding this one. The poster art and pictures of Audrey Hepburn and that stupid long cigarette holder bugged me, and I knew Mickey Rooney portrayed a horrible Asian stereotype. Ends up that this one was a pretty enjoyable romantic comedy. Hepburn and George Peppard are enjoyable as the leads and the only issue I had is it felt a little long. That said, there is no possible excuse for Rooney. That this kind of portrayal of a Japanese man was once considered even remotely acceptable is horrendous. 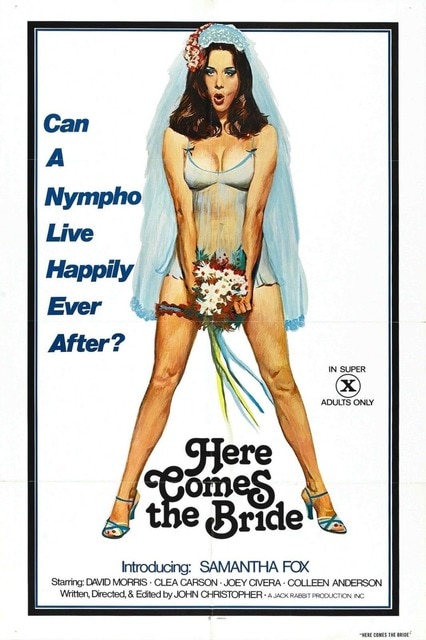 152 05/21 Here Comes The Bride (1978) 2/5   The second feature on the Vinegar Syndrome’s Peekarama disc is also by John Christopher and is even more unexceptional than Pussycat Ranch. This one finds a couple celebrating their wedding anniversary and the wife remembering all the guys she was with while pretending to be a virgin to her husband. It’s draggy and if not for legendary star Samantha Fox it wouldn’t have gotten even 2 stars.

153 05/22 It’s a Mad, Mad, Mad, Mad World (Extended Edition) (1963) 4/5   First time watching the roadshow version and I enjoyed the film even more. Most of the footage that was cut from the Roadshow to the general release is lost, so the fact that they were able to restore it to this level is remarkable. That said, it is a bit of a mess with photo’s and subtitles subbing in for some of the lost footage. I didn’t find it as distracting as I expected to find it and on a whole it’s really improved the flow of the movie. It’s truly “kitchen sink” film, completely jam packed with jokes and cameos, it’s well worth checking out regardless of the version you can get your hands on.