Ha! I bet you all thought I bailed on this blog since it didn’t get posted at the start of the week. I fooled you! It’s been crazy busy both here in the bunker and at work, I just didn’t have the time to get this together.

Why does spring yard work have to be so hard? I planted a vegetable garden that features more than just the usual potato. I have high hopes for corn and blueberries this year. I know that blueberries are not a vegetable. I have no idea if I’m watering them enough or too much, and I’m pretty sure some flowers in the front bed are dead. I’m watering them anyway just in case. This is stressful stuff. As a result, I didn’t get many movies in and I’m late with the blog. At least you get it this week, and on a Friday so you can waste time at work!

119 05-18 Bamboo Gods & Iron Men (1974) 2/5
So after watching that awesomely dumb Gary Busey film last week, I sat down to the movie I actually bought the set for. Of course it wasn’t very good. It’s an odd mash-up of martial arts and blaxploitation, so you can understand my disappointment when it ended up not being the greatest movie ever made. Basic plot is, an American boxer visiting the Hong Kong (the Philippines, since Vic Diaz is in it) on his honeymoon gets mixed up with a cartel when he buys a Buddha that has some ancient formula in it. Anyway, it’s dumb with bad fight scenes, corny gags and “Black” Cal Jefferson is no “Blackbelt Jones” Jim Kelly. 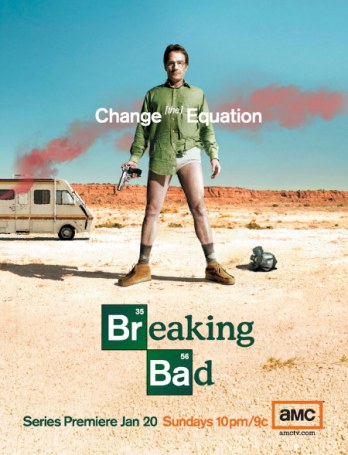 120 05-18 Breaking Bad Season 1 (2008) 4/5
Not sure if you guys and gals have heard of this one. It’s a TV show that ran on some channel about a high school science teacher who gets diagnosed with cancer and starts cooking meth. It’s pretty good.

(By “pretty good” I mean it’s fucking great. Been watching it with mum, and mum’s going out of her god damned mind. I might have to cut her off. Lots has been written about the show, so nuff said.)

121 05-19 Trackdown (1976) 2/5
So Robert Mitchum had a son who was born with the same iconic sleepy eyes, so of course he had be an actor in the movies. This is one of those movies! I’m guessing being a more redneck Mitchum wasn’t in demand, since this is a pretty low budget sleaze fest. Jim Mitchum plays a redneck from Montana who treks out to Los Angeles to look for his runaway sister. She of course got mixed up with a prostitution ring. So Mitchum has to team up with Eric Estrada from “CHIPS” to try to save her. It’s all a bit of a mess, and plays like a redneck version of “Dirty Harry” or “Death Wish”. Mitchum is a terrible actor, especially when compared to his old man, but Estrada is pretty good. Still, not worth watching.

Love this poster I found, obviously to cash in on both Eric Estrada after he broke big with “CHIPS” and Cathy Lee Crosby who was hosting “That’s Incredible” at the time and completely cuts out Mitchum.

122 05-21 Scorchy (1976) 1.5/5
This one is the last film in that 4 movie set that included “Trackdown”, “Bamboo Gods & Iron Men” and that dumb Busey “Bulletproof”. This one features Connie Stevens as an undercover agent trying to crack down on drug dealers in Seattle who are smuggling dope in a larger Buddha than the one featured in Bamboo Gods. So “smuggling drugs in Buddhas” is apparently a sub-genre I never knew existed. Anyway, it’s a piece of shit that plays like a crappy TV Movie. Who is Connie Stevens anyway? She’s the type of actress that everyone seems to know by name, but for what? Her IMDB page doesn’t feature any amazing movies. Or am I just being miserable since the best movie in this stupid set was the Gary Busey one?

Not a total loss for a weeks worth of viewing. The best was Breaking Bad, by far. Now that the hooks are in, we’re on season 2 and that’s taking up a lot of the movie watching time. So there might not be a movie blog next week. I’ll see if I get 5 or more titles. I might post something else. I’ll see how it goes.